Created for the Luminaria 2013 festival in San Antonio, the project was a meditation on the elemental forces and how we control, surrender or co-create our ecosystems.

It began by visiting and collecting soil from five missions along the San Antonio river with students from various local colleges. The soil was levigated and purified and resulted in three distinct earth hues. The presence of the river was evoked with a neon green sign made in my neighborhood in Chinatown and the recorded sound of water from my building’s pipes in NYC. The title You/Me, San Antonio 2013 refers to the exchange of our experiential realities, mine from NYC in the aftermath of Hurricane Sandy, many residents with no light or heat for several weeks in downtown Manhattan and San Antonio with its layered ecological and cultural histories of the river and its peoples. 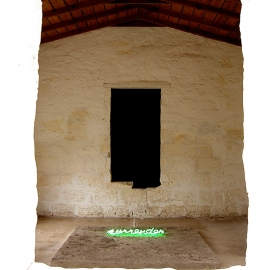 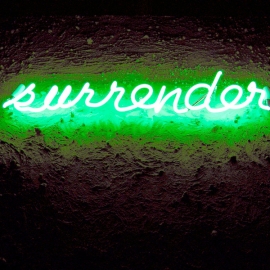