These series of installations happened during a month-long August festival in Salento called La Notte della Taranta in 2010. The music and dance performance come from a folk tradition of the late 1800’s of rural women who were bit by spiders while harvesting in the months of June, July and August. The mood and atmosphere of Salento with its intense red earth, hot blinding sun, prickly cactus, and an abundance of spider-like plants crawling over the walls all contributed their impressions.

For the piece, roadside weeds were collected and cast in pink then in coral red plaster. They were set upside down to crawl out of the dark corners and stairs, and finally, out of the oldest part of a medieval castle in Corigliano D’Otranto. 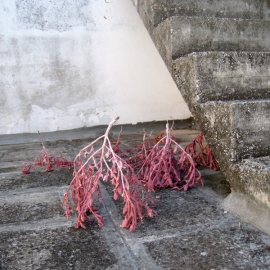 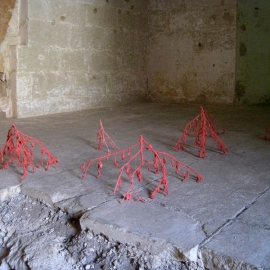 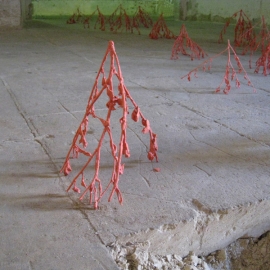 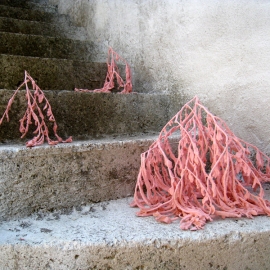